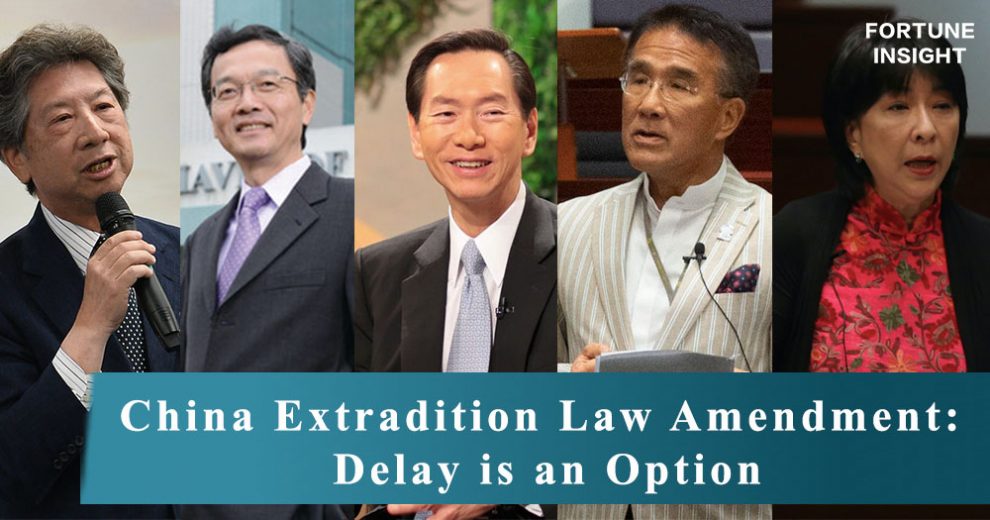 Members of the Executive Council and Legislative Council sneak us a peak into the minds that make up the Hong Kong government behind closed doors. The intense public backlash against the China Extradition Law amendments catches them completely off guard. Most are open to hitting the pause button for now to soothe the public outcry.

Several members insist that the law in and of itself can only be good for the future of Hong Kong. A major cause of the protest, they lament, is the fact that the government did not provide enough information inform the public the pros of these law amendments.

Bernard Charnwut Chan of the Executive Council admits that he underestimated the business sector’s reaction to the law amendments. He initially thought that there was no problem with the bill. However, the government’s explanations to the general public were insufficient. Many fear-mongering news came out and worried the business community. Chan as well as other people who participated in the amendments did not anticipate the response to be so huge. As for whether or not he is accountable for the turn of events , Chan said that it is up to the Chief Executive to decide.

Lam Ching Choi, a member of the Executive Council, repeats that the government will consider all possibilities. He adds that it is his personal preference to slow down the amendment process for the extradition law, and that Carrie Lam has already heard a range of opinions. He hopes both the general public and the government can rebuild the bridge of communication.

“Now, there is zero space for communication,” Lam describes the current state of affair.

Ronny Tong ka-wah, a member of Executive Council: “The government should consider all possible solutions, including not immediately passing the bill to amend the China extradition law.”

When asked about his preferred solution, he answered, “I cannot openly discuss what is in the meeting, I can only say that the government will consider all possible solutions.”

James Tien Pei-chun of LegCo made an announcement on Facebook regarding the anti-China extradition bill protest.

It is as follows:

LegCo member, Ann Chiang Lai-wan, believes that the amendment is not a threat in and of itself though the public has a huge reaction. The government should reflect on whether the promotion for it is sufficient and she hopes that further explanations can be provided.

She pointed out that the China Extradition Law already exists, and the amendments cover places such as the Mainland. The Government has also listened to the suggestions of Members and the community and repeatedly amend it.

Apart from crimes such as murder and serious bribery, basically no other offences are required to hand over criminals. She questions what exactly the outside world is asking the government to retract.